A film from this party you can watch here: http://www.myspace.com/kedlaw

At friday 23.03.2007, as we know, the SNOW CONTEST in BK is cancelled, but party isn't :), as you know too. We want to invite you all to the Art Club Błędne Koło [BK], near Main Square in Cracow (gate, Bracka 4 Str.), for a party, on which you can watch, at first phaze, breaking boards on qouters placed in BK. You can watch Tomek Dworzak (Houku) and Tomek Warzecha (Warzuś) between 19:00 and 20:30. The second phaze will be a party, on which will play: Numer Raz with Dj Frodo, DJ BiG-W and BK residents. Entering for party is for free, only restriction is capacity of the club. Details will be known before and after on: http://www.snowcontest.pl 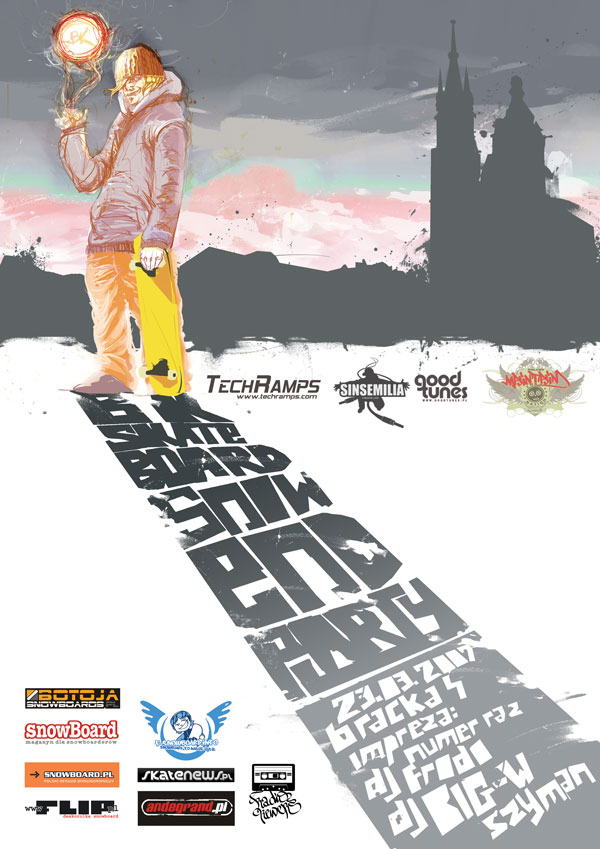